Star the Unicorn and the Spider King 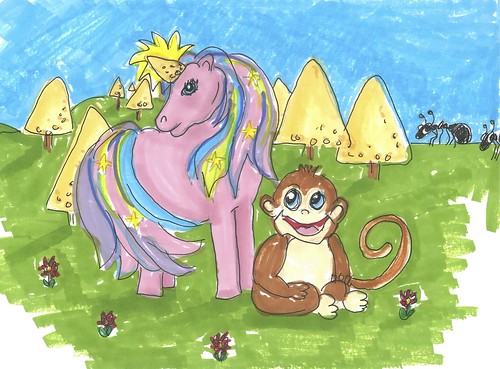 There once was a unicorn called Star. She had a best friend called Feep the monkey.

Star’s parents, Flippy and Jimmy, were very strict. They would not let her out- side.

Star crept out the window and flew to space.

She saw the stars were coming down to Dorito Land.

Star had her tablet with her, to see where she was and where her friends were trapped.

The Toast People were the ants’ guards.

Santa Claus granted her wish to have a Dorito horn.

Star did not know what to do next. 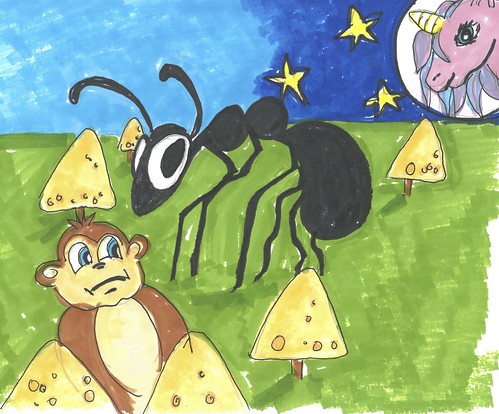 She thought, “Should I go to Dori- to Land to save my parents from the stars or should I save Feep from the giant ants?”

Suddenly, a big alien popped out of nowhere and said, “I will help you to decide what to do.

I will set you some tasks to help you decide.”

A Dorito fairy arrived and said, “I can help too.

Here is some equipment to help you defeat the Spider King who is trying to eat all the monkeys from Dorito Land.”

When Star took the equipment, there was a flash of light. The Dorito Fairy was actually a giant ant in disguise...