Steve the Angry Sock gets a unicorn 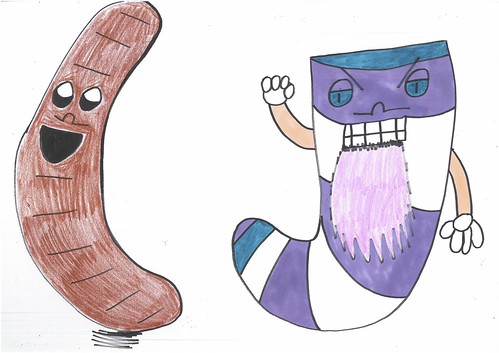 Once upon a time, there was a sock named Steve the Angry Sock. He wished that he had a pet unicorn. His greatest fear was dogs.

Steve lived in a neighbourhood in Canada.

He lived in the house of a bear.

Steve’s birthday was coming up and his best friend, Bob, who was a talking sausage, wanted to get him a pet unicorn.

Bob the talking sausage went into a nearby forest to look for a unicorn. 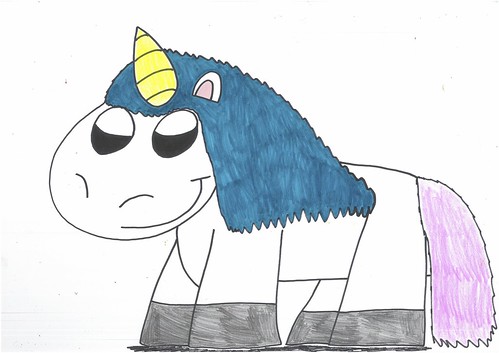 A horse came over and said, “Mmmm, you look yummy.”

“Aaaagghhh!” screamed Bob. “Don’t eat me! Are you a unicorn?”

“No I’m just a horse but there’s a unicorn just over there,” said the horse. “But first I need to eat you,” he continued. The horse chased Bob all over the forest.

Steve realised his friend had been gone for a while. When he went to the forest to search for him, he was confronted with a dog...