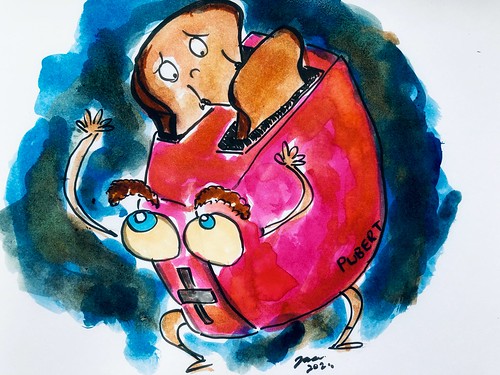 Once upon a time there was a toaster named Pubert. He was happily playing with Bert the Slice of Bread in the park.

They lived in Kitchenville. Kitchenville was just a giant kitchen and all the toasters and utensils lived there.

When they were playing in the park, they saw Bob the Bread Bin and Lightning Donkey was next to him.

Lightning Donkey had his therapist beside him because he was going through a rough patch.

Pubert overheard them talking about a contest to toast the best toast in the world. 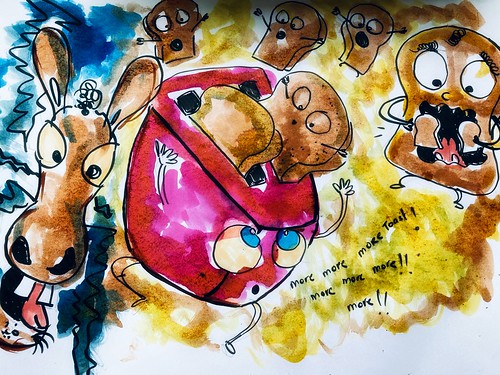 Pubert was toasting a lot of toast and Bert was checking the tenderness to see if it was good.

Bert was eating all the toast. Lightning Donkey ran into the house and he had electrocuted his therapist...