The Story of Tom and the Chicken Nuggets 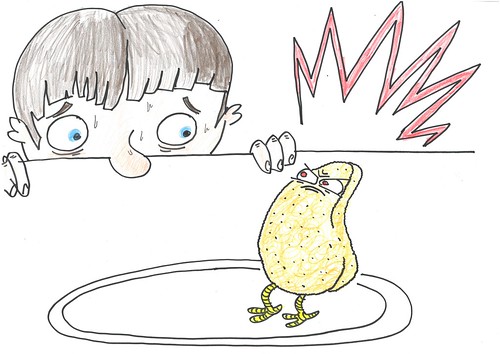 Once upon a time, there was a little boy called Tom.

Tom was terrified of the monsters in Monsterville. He was the only boy in town!

When Tom was little, he ate a chicken nugget and saw a monster in it.

The monster in the nugget was Nuggie. He lived across the street from Tom in Monsterville.

Tom thought to himself, “I need to leave. Maybe I should go to Mexico.” 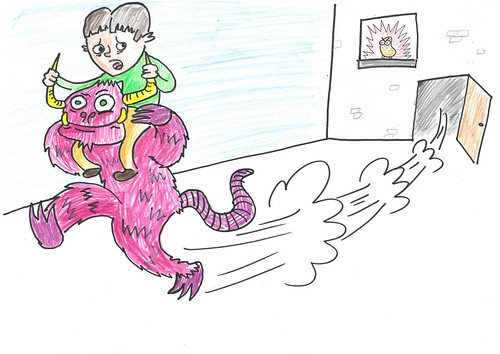 ​Skuller and Tom went to Mexico the next day.

While they were sitting on the balcony of their hotel room, Tom came up with a massive plan to get rid of Nuggie...