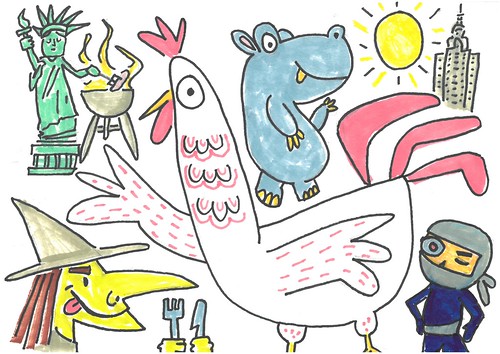 One morning, Benny the chicken was walking along the windowsill of the farmhouse when he saw the news was on the television inside.

The news report said that some randomer had got stuck in a barbeque in New York.

Benny decided to fly down the chimney to get a better look at the news.

The Grand High Witch had captured Benny’s brother and planned to take all of the chickens to barbeque.

Benny immediately went to call his friend Herbert the hippo.

“Glad to see you got out of that zoo jail,” said Benny to Herbert. “ I need your help.

My brother is going to get barbequed soon. He will be roasted if we don’t get to New York!” 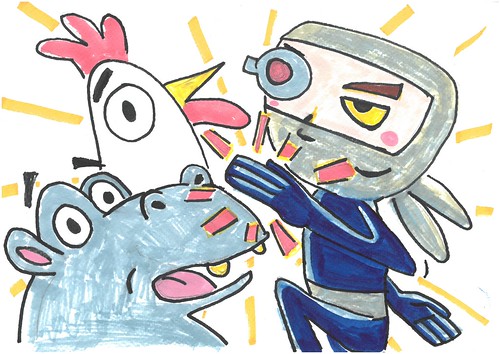 “Let’s go and get that witch,” replied Herbert dramatically.

“Brilliant!” said Benny. “But first we have to get past her cyborg ninja…”