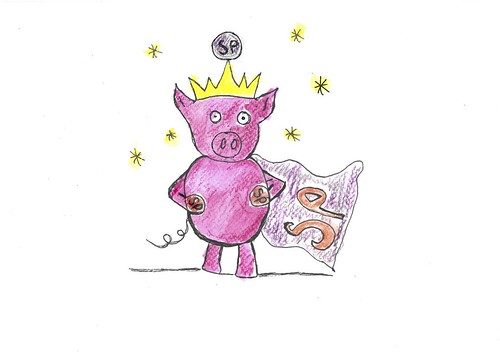 Once upon a time, Super Piggy was drinking tea in his bedroom.

He lived in a magical land called Animal Land, where absolutely anything is possible.

“How dare you crash through my house!” screamed Super Piggy.

“I don’t care!” said Killer Hen with a mean face and sticking his tongue out.

“Give me your ruby or else you get the lollipop!” Killer Hen ordered Super Piggy. 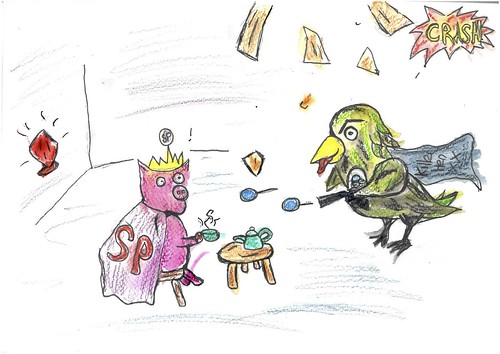 ‘No! I’m never going to give it to you!” screamed Super Piggy.

When he woke up, the Ruby of Animals was gone...