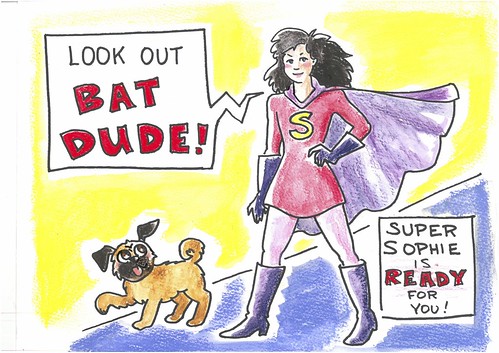 Once upon a time there lived a girl named Sophie. Nobody knew she had superpowers.

She lived in modern times in an penthouse apartment with her pet Super Pug in New York.

Super Pug was her best friend. Her superpowers allowed her to understand him when he barked. She was also close with her dad.

Her mother had disappeared long ago and Sophie thought that Batman was responsible. Sophie had wanted to get revenge ever since.

“I am going to get revenge on Batman one day,” Sophie said to Super Pug.

“Make sure to fill me in. I’d like to help,” barked Super Pug.

Sophie began to notice that her father was going out of the house every night. 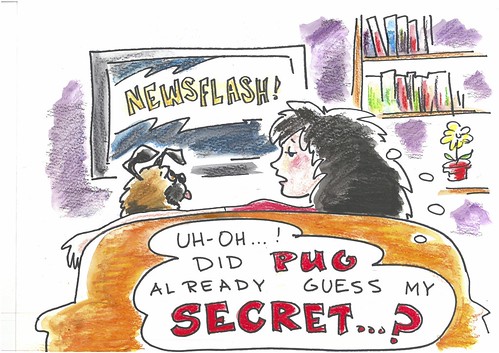 One night, she was watching the news on the television and there was a report about Superman.

Her dad was nowhere to be found, so she got a bit suspicious.

“I think there’s something strange going on,” Sophie said.

Sophie and also noticed that Superman had a ripped shirt on the television.