Super Strawnana and the Chocolate Flood 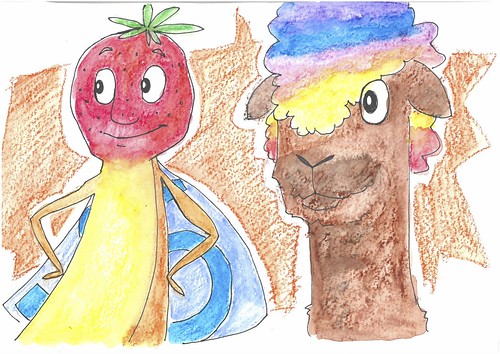 Once upon a time there was a creature that was half strawberry and half banana: Super Strawnana.

Super Strawnana lived in the village of Dillydally Land.

Everybody there had a house made out of marshmallows. Sometimes instead of water, there was chocolate flowing through the pipes.

Strawnana met his friend Laca the alpaca at the chocolate fountain.

“There is a big chocolate flood! Everyone is really worried,” said Laca. 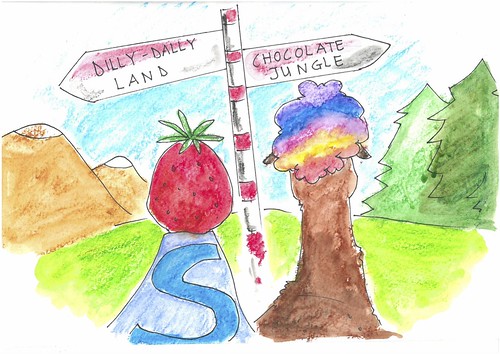 “Why didn’t the council fix it?” asked Strawnana.

“Because there is no council,” replied Laca.
“Maybe we should go and help them!” shouted Strawnana in his superhero voice.

“We’ll have to go through the jungle of chocolate,” said Laca.

“Maybe I can use my biceps to counter the jungle,” suggested Strawnana.

They set off for the jungle of chocolate. When they got there, Super Strawnana and Laca discovered that all the chocolate had hardened.

They could not go through the jungle after all...