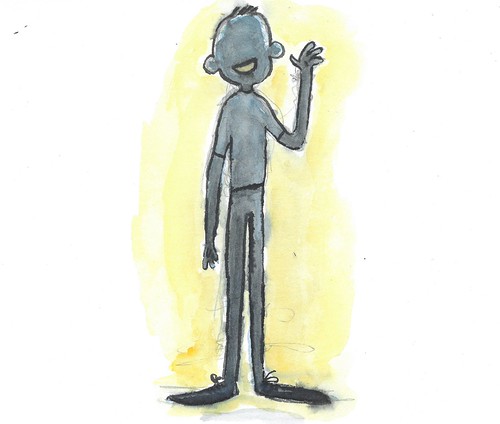 The Taken Boy looked around his room, wondering who he should take next.

The Taken Boy took the souls of people from the living world into the ghost world.

The Taken Boy lived in a house in the middle of time and each window looked out at a different time period.

He  thought about the McCarthy twins. He then looked out his window and saw a dog.

The Taken Boy looked at his dad, the Grim Reaper, and asked, “Can I have an onion sandwich?” 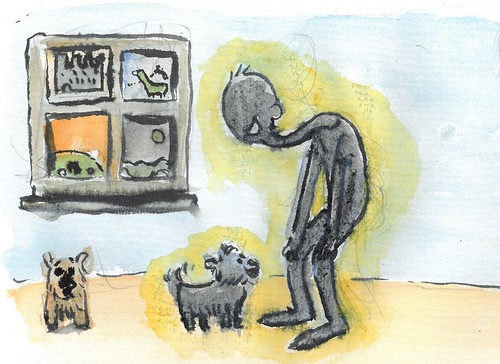 After he ate the sandwich, he thought, “Maybe I should go over to the dog.”

The Taken Boy went a little closer to the dog and stretched his neck and mouth.

He put his whole mouth around the dog and the soul came out.

The dog’s soul became his friend and he named it Yeet...