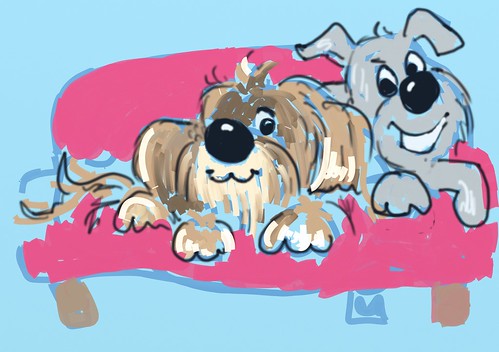 Once upon a time there was a dog called Cane. He was fluffy and brown.

His best friend was Tiddle the dog.

One day Cane and Tiddle were watching a movie on the couch in Cane’s house.

The movie starred Pierre the Lizard. It was really funny.

Suddenly, they heard a noise outside. 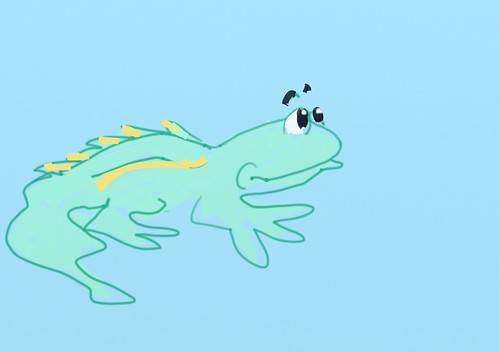 Cane ran outside and saw Voltana waving her wand.

She had made him disappear. 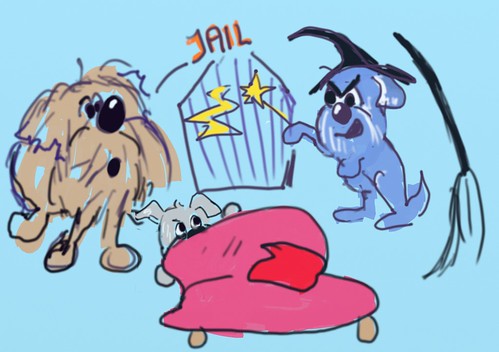 He teleported to her jail house.

Tiddle stayed inside the house.

She hid behind the couch and shook with fear.

Pierre the Lizard jumped out of the tv and landed on Tiddle’s head.

Tiddle and Pierre made their way to Voltana’s jail house. 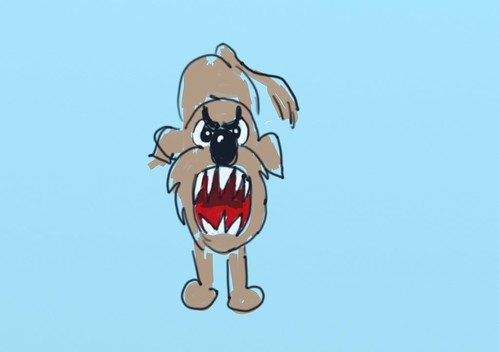 When they got there, they saw seven very, very angry guard dogs.

“Let’s go back,” Pierre was upset.

“No, we should stay!” Tiddle felt a little braver.

“I have to get back to my movie soon,” Pierre said.

Meanwhile, Cane was trying to kick Voltana. It was part of his plan to get the jail keys.

Back outside, Tiddle heard a rattling noise coming from the bush. 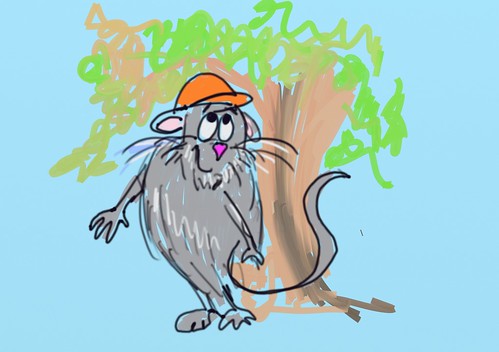 Bob the Fat Rat walked out. “I know a way into the jail house.”