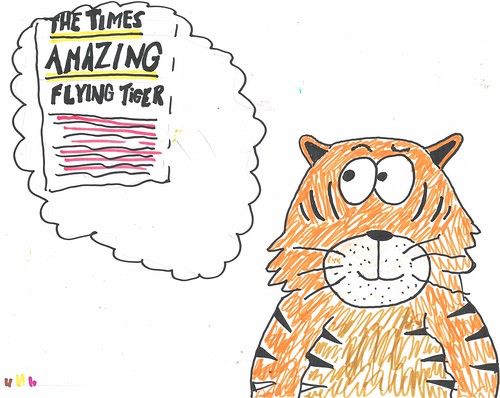 Tiger the Tiger was trying to collect as many things as he could.

Tiger met his best friend, Tadhg the Lion, in his secret place.

“Let’s go look for food in the desert,” says Tadhg.

But the desert was miles away so they wanted to fly there.

On the way they met a group of sharks.

“Oh where are you going because we’re going to the desert too,” the sharks growled, so Tiger and Tadhg ran away.

As they run away Tiger jumps and tries to fly but it doesn’t work.

Tadhg was worried the sharks would get them so Tiger tries to fly again and this time it works. 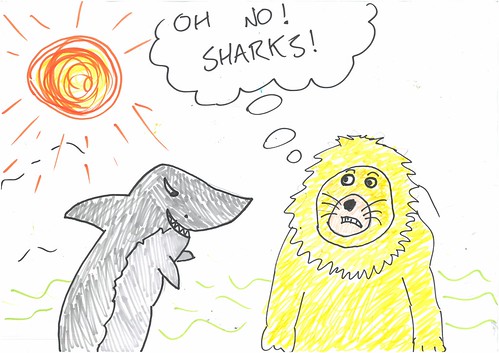 He bumps into a cloud and falls from the sky but they keep trying and eventually fly to the desert but when they reach the desert the sharks were already there.

The sharks try to attack them but they are in the air.