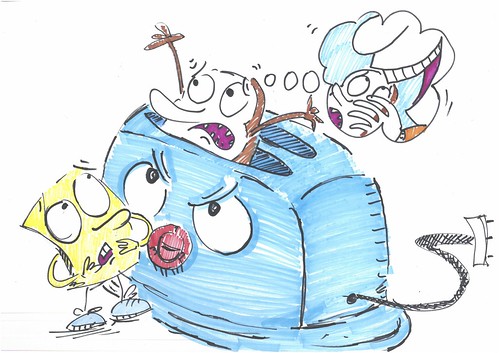 Once upon a time, Jerry the evil slice of bread got cut off from his loaf.

Jerry fell into Bob the toaster and got toasted.

When he got out, Jerry was burnt.

The human named Sam threw him into the bin.

The Kitchen Olympics were following week and Jerry really wanted to compete.

Craig the cracker helped Jerry train for the bananas hurdles.

Jerry was planning to cheat to win. 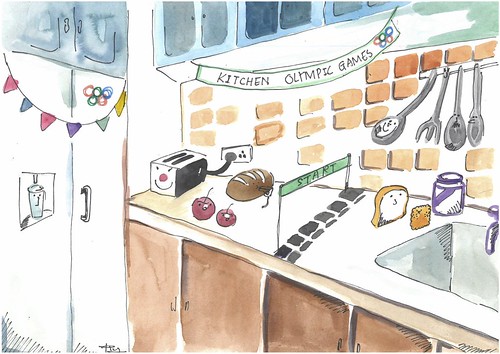 When the day came, Jerry tied all of his opponents laces together.

Jerry got to the last banana hurdle.

He fell and lost.

When he fell over, Jerry fell off the table and onto the floor.

He was picked up by a girl and Jerry thought he was about to be eaten...