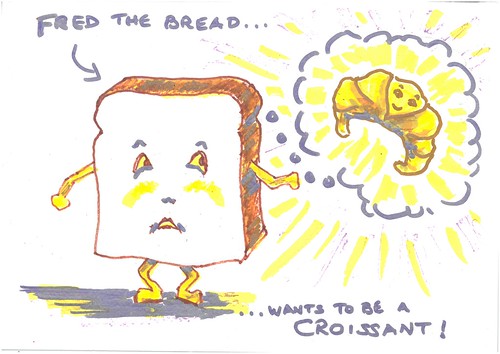 Once upon a time there was a baker who made a loaf of bread.

The baker had no friends, so he talked to his bread.  He named his loaf Fred.

One day, a fairy felt bad for Bob the baker and brought Fred to life.

“I want to be a croissant,” said Fred.

“Who said that?” said Bob the baker.

Bob the baker tried to make a croissant for Fred but it turned out as a bagel.

Mick the bagel and Fred the bread became best friends.

Mick and Fred both wanted to become croissants so they decided to look for the fairy.

They went to Croissant Village. But the croissants were cross because Mick and Fred weren’t croissants and wouldn’t let them cross the bridge. 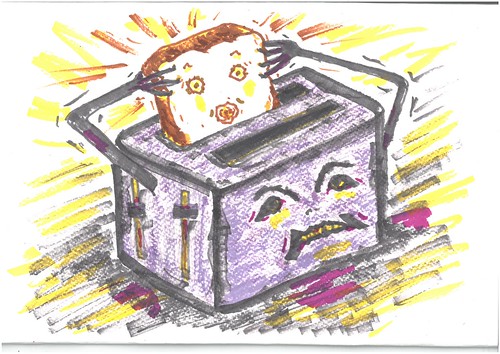 Fred and Mick were kicked out of the village and chased by crows. They went back to the baker’s house.

When they got there, the baker was really hungry and had been making an army of toasters.