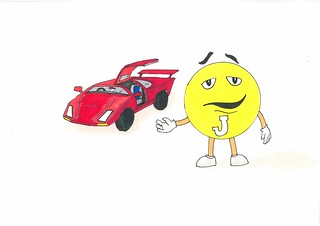 Once upon a time, John the M&M was in a bag of M&M’s. He was asleep and snoring. John’s sister Miley was the first to wake up. She had a plan to open up the bag and escape.

Miley jumped on top of Jasper and told him, “Yo! Can you wake up all the M&M’s? Shake the bag to wake everybody up, so we can escape.” 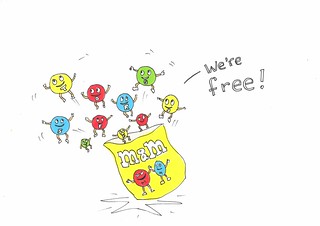 John’s brother, Jasper, jumped up and down and woke all the M&M’s up. With everybody shaking, the bag fell on the ground and burst. All the M&M’s were rolling around the floor of the shop.

John and Jasper saw a Lamborghini parked outside. John felt really happy. He really wished he could drive it - but he had no hands. 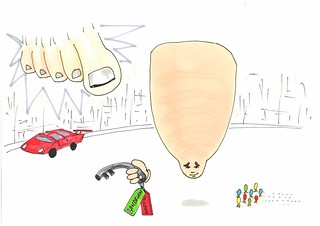 John brought all the M&M’s together in a huddle. “If we work together, we can escape in the Lamborghini,” he told them.

They all rolled out the door to the car, but the car was locked. John was able to fit through a crack in the car door and unlock it from the inside.

Meanwhile a forehead called Martin was watching the M&M’s escape and he wanted to escape with them. He had a key made of liquorice.

They were all about to escape when a giant toe appeared out of nowhere...