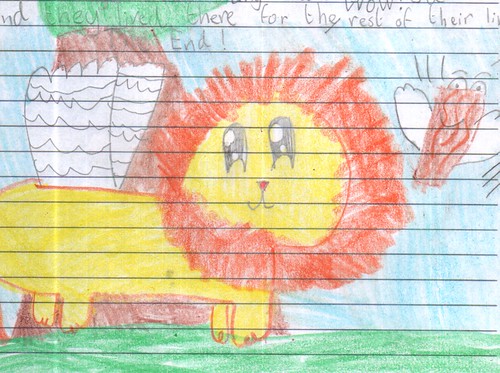 Once upon a time there was a flying cub lion with angel wings. He was called Tony.

Tony had a best friend who was Joe, the flying piece of bacon.

One day, Tony went to Tesco’s to buy some bacon to feed to Joe.

Suddenly Tony was captured, and he quickly grew a massive moustache.

“I wish I had all the powers in the world” Tony said.

Tony had forgotten that a wizard who lived in the woods had given him three wishes many years ago. 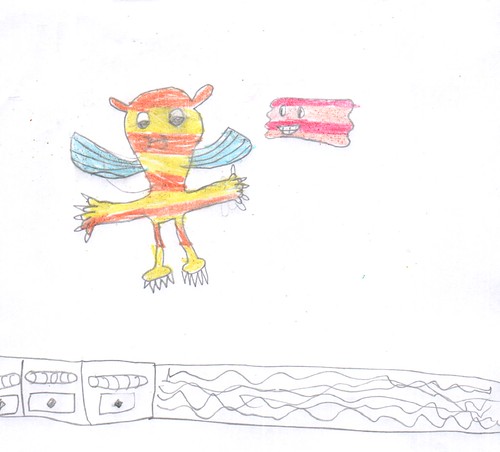 Geoffrey the pug (who was 3,000 times bigger than Tony) was watching him.

Geoffrey was the one who had captured Tony.

“If you move from that cage, you’ll be dead!” Geoffrey said.

Then, a big rain-storm came down.  Tony and Joe held on to one of the raindrops and flew to the sun. 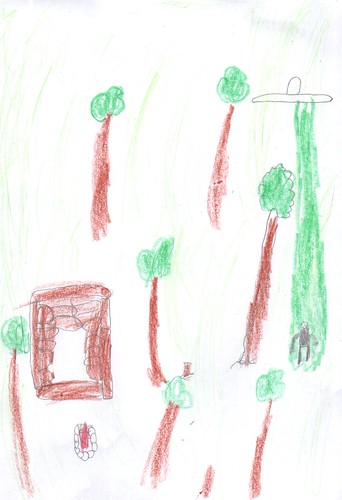 They lived there for ten thousand years when a piece of bacon that Tony had bought for Joe suddenly came alive.

They slipped on it and fell back down to earth!

Geoffrey the pug was waiting for them there, but this time Tony remembered the wizard who had given him three wishes.

Tony made a wish that Geoffrey the pug was on the moon, but just as Tony made the wish, Joe fell into a frying pan…