The Train of Glorious Oreos 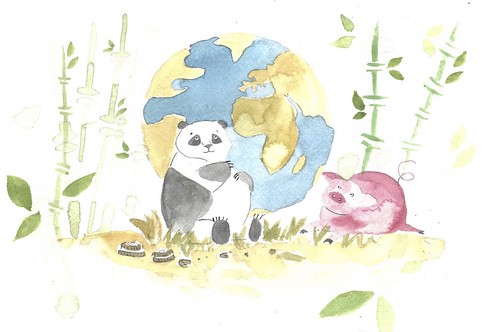 Once upon a time there was a panda named Oreo. He lived in a cave with diamonds in it.

Oreo was sad and lonely because he wanted a pet.

He didn’t feel rich because of the diamonds - he just wanted to explore the world.

Oreo’s best friend, Tim the pig, worked in a supermarket at the beach.

Oreo wanted to take a train to meet Tim but it was made of bamboo and Oreo was really scared of sticks.

So Oreo decided to make a train out of Oreos. He ordered them online from Tim’s supermarket. 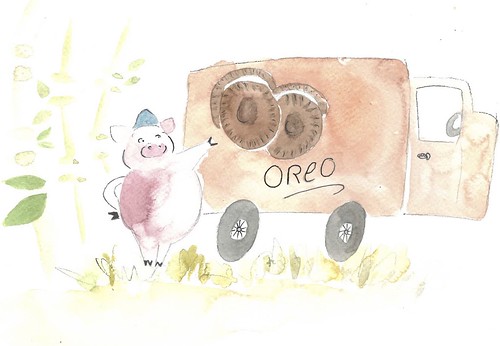