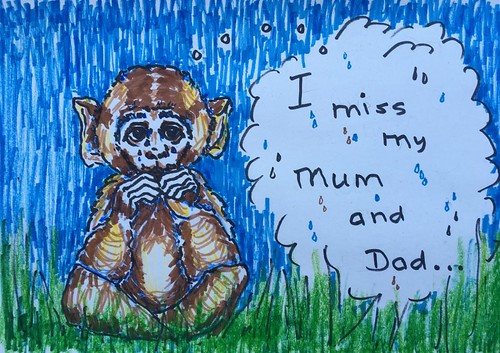 Billy was swinging in the trees and out jumped his brother, Franky.

Suddenly he heard a bustle in the trees and he went to investigate.

Then he sees parents caught in a trap. He was shocked and he stood there in silence. 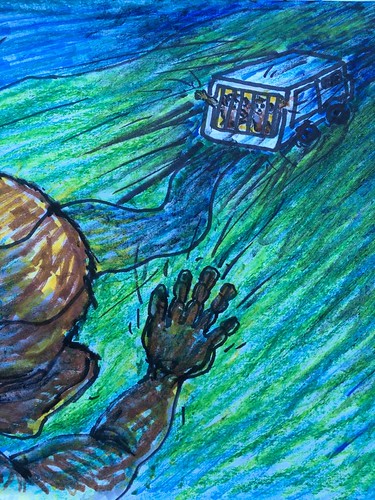 “I can run fast and try and catch Franky then I’ll be able to save your parents.”

Meanwhile the van that Billy’s parents were trapped in stopped in a cave.

A few people got out of the van and went into the cave. They were preparing to put Billy’s parents in there.

They put acid oil under the cage and only eat peanut butter sandwiches.

As Billy the Monkey is catching up, he and Bob the Cheetah hide behind a big tree and get to see what happened to Billy’s parents and they stare in shock...