A Trip on a Rocket Ship 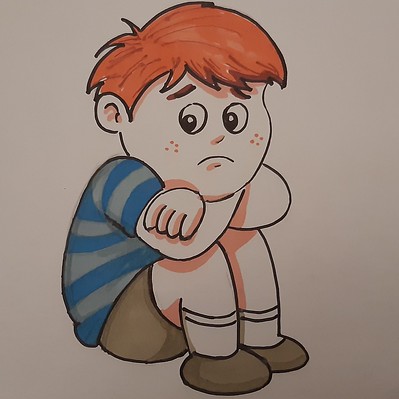 But these kids started to bully me so I made a friend. That night I made a trap in the bush that they were always bullying us in.

It was really an awkward trap but I hoped it would work.

It was an AIRCRAFT TRAP - a little board that could fit all of the bullies inside and would rocket them into space. As well as that I am making one for myself but it is not a trap, it is a ROCKETSHIP.

Me and my friend were going to go outside, but the bullies started chasing us so I went to the bush and we jumped over the trap. It took off into space with them inside. 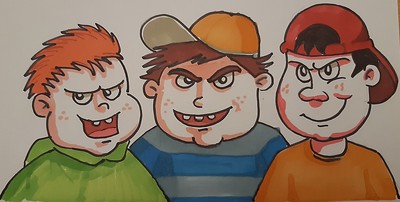 2: A Bad Time for Bullies

The rocket that the bullies were in arrived to the moon. I had left lots of worms on the rocket and that’s what they had to eat. In the meantime, me and my friend were having a party because the bullies were gone.

The next day I heard a voice screaming, “WHERE ARE MY CHILDREN?!”

I got scared but I knew who it was. It was the bullies’ mothers. I put a trap in their houses above their windows.

Whe they went to their houses they got on the trap and flew into space. They landed on the moon.

But because the bullies don’t like their mams, they pushed them off the moon. 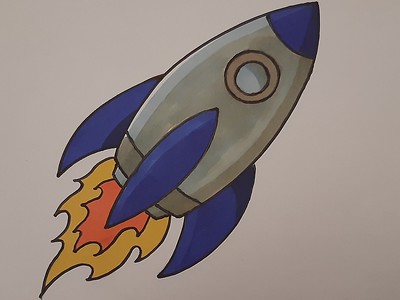 4: Landing on an Unknown Planet

Guess what! They landed on Candyland and a great time eating sweets.

But me and my friend were partying in the rocket I made.