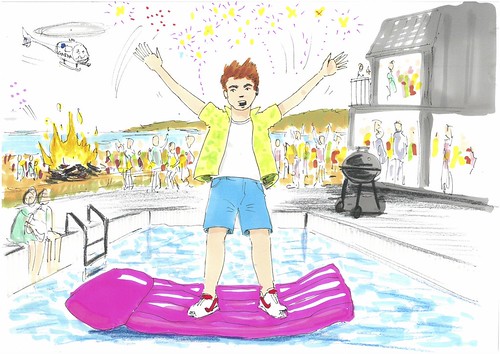 Cameron was in his room hanging out with his mate, Chaz. They were thinking about the summer.

“I’m leaving on holidays in a couple of weeks so why don’t we do something that will be remembered?” said Cameron.

“Where will we have it?” asked Chaz.

They decided to have the party on the beach with a giant bonfire on the last day of school.

They sent out texts and emails and told everyone at school. They wanted hundreds of people to come. 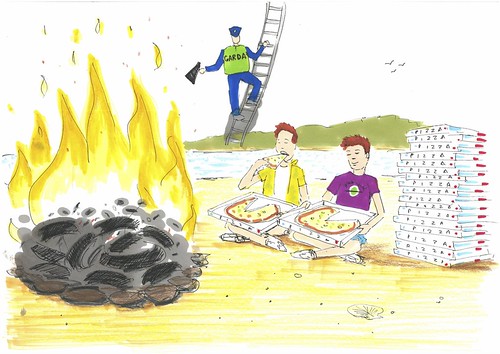 The day of the party was cloudy so Cameron and Chaz were a bit worried it would rain.

They started having second thoughts but they couldn’t disappoint all the people who said they were coming.

They ordered fifty large pizzas hoping people would still come. They had already gathered tires and wood and other supplies for the bonfire. They lit it after the pizza arrived. The bonfire was ginormous.

People started arriving – way more than they expected because the bonfire was so big.

Some other teenagers from a different school showed up. They started throwing fireworks and pizza into the bonfire.

Suddenly, Cameron and Chaz heard sirens in the distance. They started to panic...