The Trouble with Being a Toaster 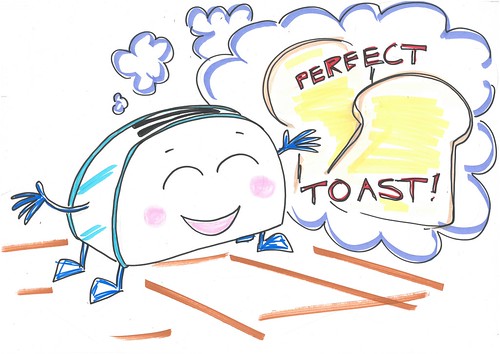 Once upon a time there was  a toaster called Jonathan. Jonathan was on the counter, next to Fiona the fridge.

On a Tuesday morning after brunch, Fred the fork came along.

Jonathan’s best friend was a slice of bread called Bernard.

Bernard was still in the packet of white sliced batch bread. 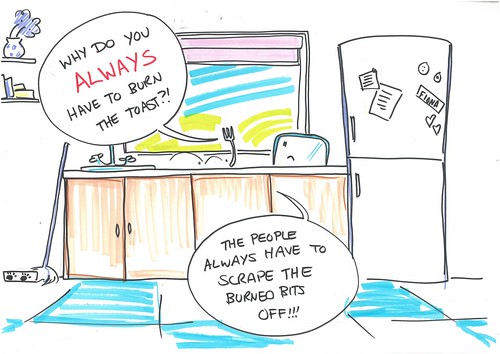 Bernard hopped out of the packet next to Ben the butter.

Bernard next hopped into Jonathan and said to Fred, “Jonathan won’t burn me this time.”

Two minutes later, Bernard popped out and he was burnt.

Jonathan thought that Bernard was dead and he was worried. 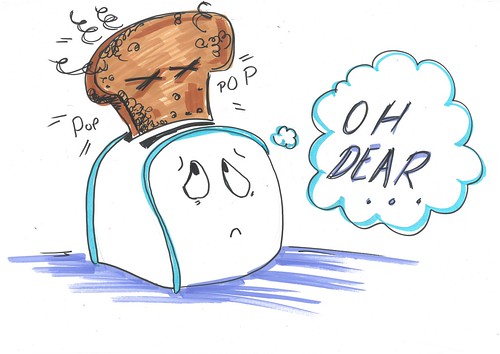 Fiona the fridge gave Bernard a little slap with Sally the spatula to show Jonathan that he was okay.