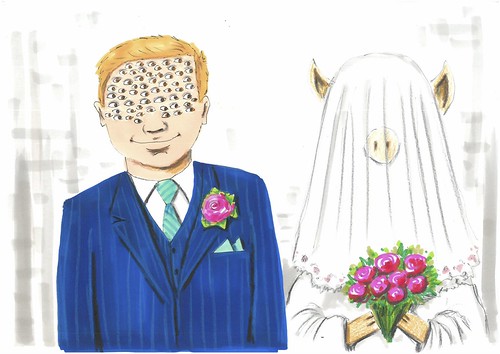 Once there was a man who was born with 51 eyes, named Mario.

He was born in Scotland and was now 27 years old and tall.

His best friend was Pinky, the pink chicken.

They were both born on the same day, on March 10th.

Mario’s greatest wish was to marry a pig. He loved pigs because his mother was one.

He also wanted to make Pinky jealous as Pinky had said, “I can marry a pig before you!” 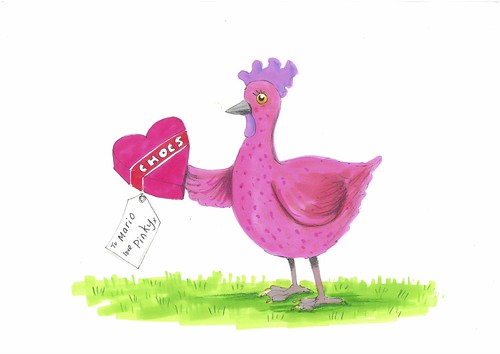 Mario went into a field to find a pig that was not married.

In the field he saw a person from the future.

He told Mario, “The pig that you  marry will take out your eyes...”