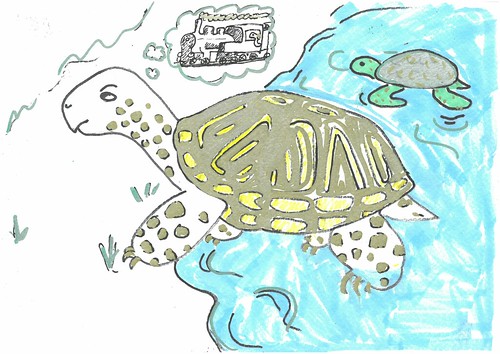 In a galaxy as far away as your grandma’s house, Timmy the turtle had just woken up.

Timmy realised his house was under attack by a dragon.

He jumped into his Turtlemobile and escaped the dragon with his best friend, Joey the turtle.

As they drove by the tortoise prison, they realised a gang had escaped.

“EAT THE TURTLES!” said the gang of tortoises in unison.

The turtles pressed a button in the Turtlemobile that shot marshmallow bazookas at the tortoises. 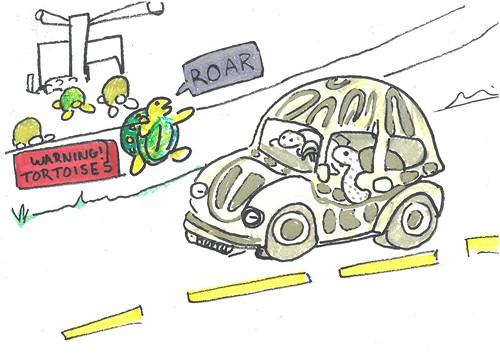 Just then, a tortoise jumped on the Turtlemobile.

They flew out of the car...