The Twins and Their Travel Through Time 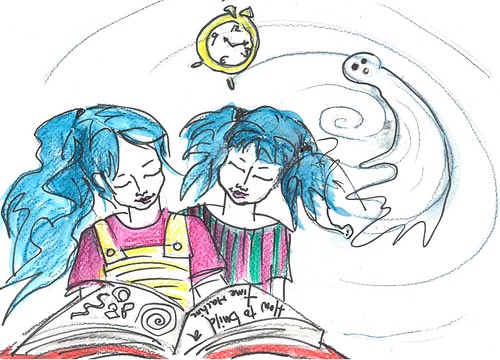 Their grandfather gave them a magic book for their birthday. It looked really nice and there were instructions to build a time-machine.

Then Ash said, “I don’t believe in magic. You can have the book.”

Isobel started to build the time-machine. She made it out of iron, cables and a clock, but there was one thing she could not get…fairy dust.

Then, Isobel saw that Ash had fairy dust because she had a fairy door.

That night Isobel planned to sneak into her sister’s room. 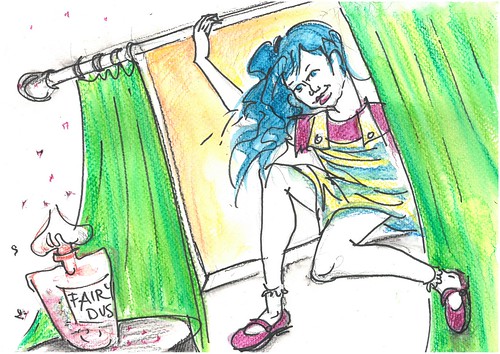 Ash knew she was going to come because she read the book before her.

Ash locked her door- she planned to stay in there for four years.

But because Ash was her best friend, Isobel knew what Ash was going to do so she climbed through her window to get the fairy dust.

Ash said, “I lied to you - I do believe in magic. Let’s build the time-machine together…”