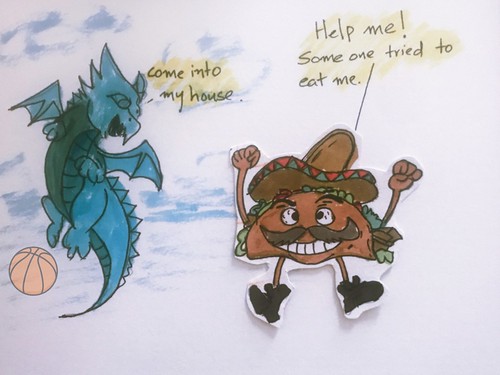 Once upon a time there was a cyan dragon called Charlie. Charlie was outside his house in the clouds playing with a basketball.

Then, he saw his best friend Frank the talking taco.

“Help! Someone tried to eat me!” said Frank.

Charlie was feeling a bit cranky because he had not had his breakfast yet.

“Come into my house and I’ll make sure no one eats you” said Charlie.

Charlie took a sip of his Gruf the dragon energy drink.

“I’m Mario!” shouted Charlie as he ran around his kitchen really hyper. 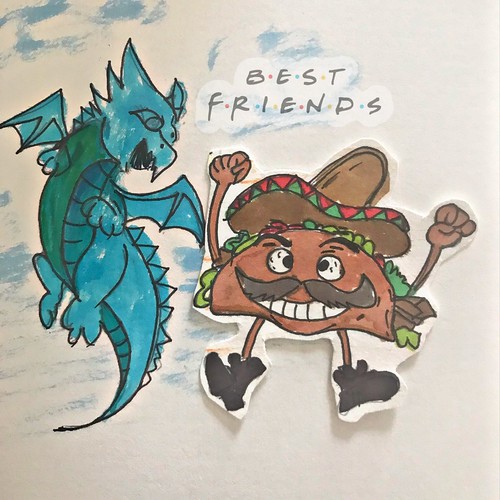 Suddenly, Charlie felt really hungry but he also felt really tired and had no energy to go to the fridge and get some dragon eggs.

He spotted Frank and lunged for his taco friend. Frank dodged Charlie as he flew around the kitchen smashing loads of objects.

“What’s wrong with you?” yelled Frank as he sprinted to the sink to gather some water. Frank knew that water was Charlie’s greatest fear.

Charlie stopped his attack and walked to the fridge instead. He pulled out a chocolate bar, some beef stew and a taco. He took a big bite from the taco.