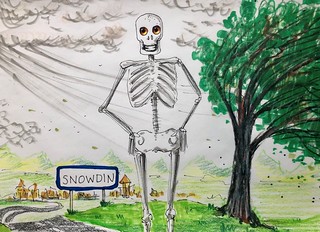 It was Friday, the 24th September 1994. It was getting kind of cold and windy, but it didn’t bother Phil, because the wind went right through his bones.

He was on top of a mountain, looking down at his town of Snowdin.

A snowstorm was roaming in, as the dark clouds surrounded the town.

As his destination was nearing, he was wondering if his brother, Mr. Spaghetti was coming. Phil was excited to see his brother. 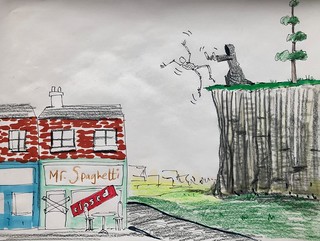 He remembered that fateful day in 1295 when he broke his deal with the witch and in turn, she cursed him and Mr. Spaghetti, to live as skeletons for the rest of eternity.

Later, one of his best friends betrayed them, when he pushed them off the cliff...