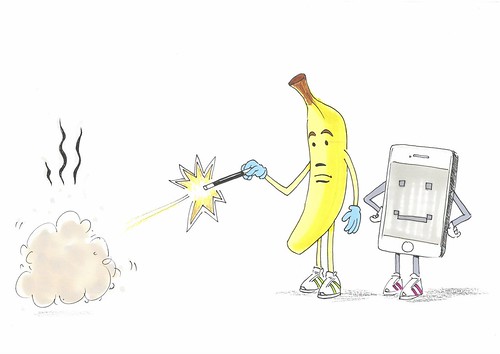 Barry the banana was sitting in the fruit bowl. His best friend, Isaac the iPhone, was on the work top next to him and he was ringing.

A big hand came to answer the phone. Barry was afraid the hand was going to peel him as well.

The hand belonged to a 10 year-old girl called Sophie, but the phone belonged to her big sister, Jessica. 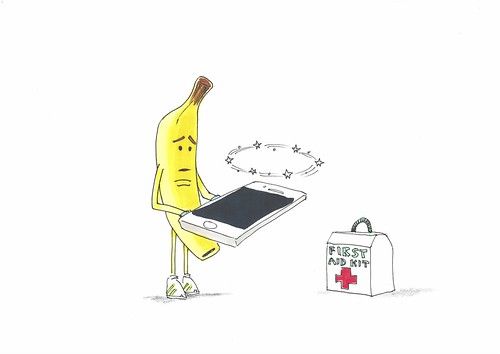 Jessica came into the kitchen and saw her sister holding her phone.

Jessica yelled, “Get your dirty hands off my phone!”

Sophie got a fright and dropped Isaac on the floor. His screen went black.

“Why did you do that?!” screamed Jessica. Sophie ran away and Jessica ran after her.

Barry the banana started to cry because his friend was broken. 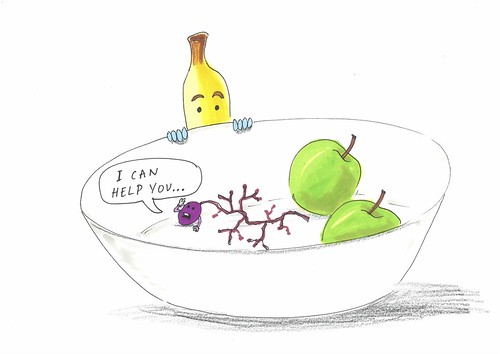 “I wish my friend could be as good as new, but I don’t have the power to help him,” Barry thought.

A shrivelled up grape from the bottom of the fruit bowl called up to Barry, saying “I can help you if you can get to the Daisy Tower.

You can get wizard powers to help your friend there...”