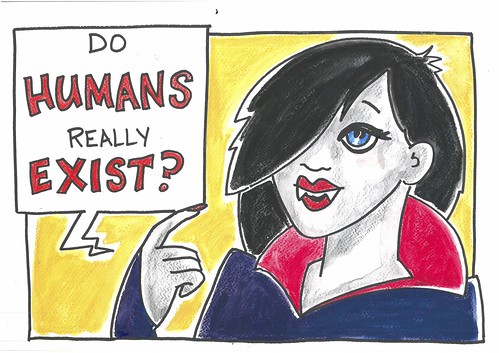 Once upon a horror, there was a young vampire called Layla.

Layla lived in a deep dark castle in the middle of the woods. She was no ordinary vampire - she was a vampire princess.

One day, Layla’s family decided to move to a place where there were humans all around.

Not just ordinary humans, but vampire hunters. She was terrified because where she used to live in the woods nobody dared to go there because the woods were haunted.

Layla didn’t have any friends and she wanted a best friend. She was feeling lonely... until she met Lily.

Layla was on her way back to the haunted castle in the woods to pick up her pet bat, Ashes, when she bumped into another vampire girl – Lily - and they started talking.

Lily loved garlic bread, which was strange because vampires are allergic to garlic.

“How come you like garlic bread?” asked Layla. “You’re a vampire, right?” 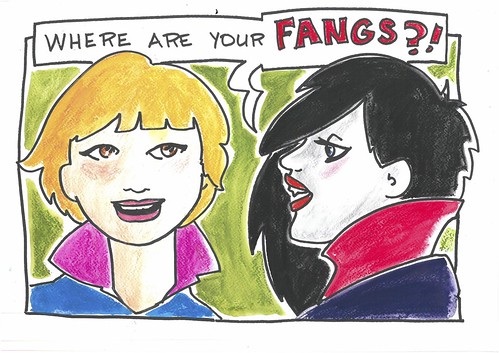 “I’m a special type of vampire. I’m unique in that I like garlic bread,” lied Lily anxiously.

“Never mind. You know, I really wish I could meet a human. What do you wish for?” asked Layla the vampire.

As Lily was about to reply, Layla noticed that her new friend did not have fangs.

“Where are your fangs?” questioned Layla.

“Well, I haven’t grown them yet,” said Lily.

Layla looked at her friend and said, “But all vampires get their fangs at three... you’re not a vampire, are you?”...