Skip to main content
Home Stories The War of the Fruits

The War of the Fruits 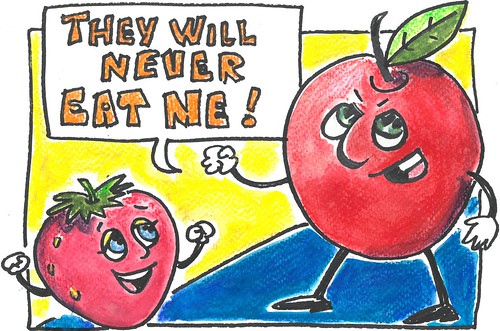 Once upon a time there was a baby apple called Bob. His Mammy and Daddy fell off the apple tree before him.

One day Bob made a friend called Sarah the Strawberry.

They found each other because there was a strawberry tree next door.

Sarah said “Good idea! I don’t like the oranges either”.

The Chicken Nuggets were listening and they told the oranges that the apples were going to try to attack them! 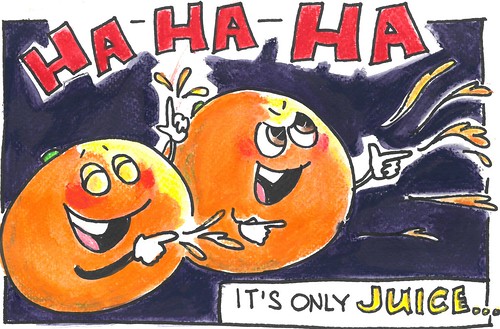 The oranges asked “Why are they going to attack us? We only squirted juice”.