Skip to main content
Home Stories The War of Piggies, Unicorns and Cupcakes

The War of Piggies, Unicorns and Cupcakes 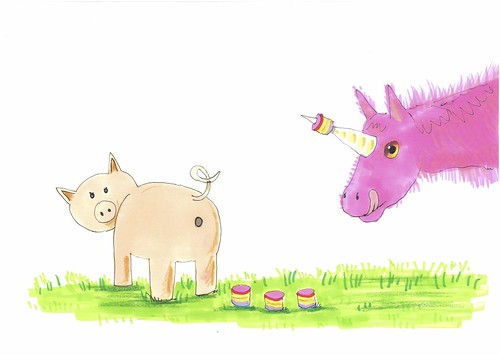 Jeffrey was a pink fluffy unicorn.

His greatest wish was to get a tattoo on his horn.

Jeffrey wanted the tattoo to be as shiny as gold with his name on it.

It was his 1000th birthday and his friend Hogan the Cupcake was coming over to celebrate.

They were going to eat rainbow marshmallows.

Gigobaston the pony (Jeffrey’s dad) woke him up the morning of his birthday. 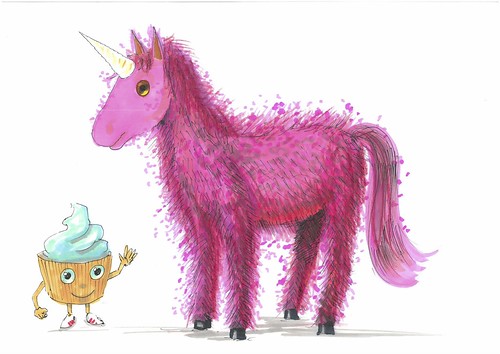 Jeffrey and Hogan had stolen the marshmallows from Piggy the pig.

He was coming to get his revenge.

Piggy smashed through the door.

He stood there staring at Hogan and Jeffrey...