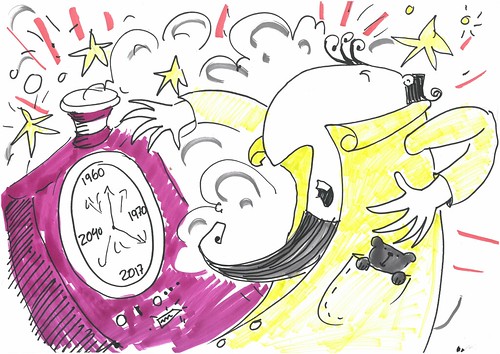 Wauger was bored and annoyed because no one could pronounce his name right.

Wauger closed his eyes, he didn’t want to look at his boss whose beady eyes were staring at him through the lenses of his glasses.

His Boss was always giving out to him for trying to invent a time machine.

Wauger stared into his teddy’s, Mr Cuddles, glassy eyes, was he the only one who understood him?

“Finish your work and stop messing with that time machine” roared his boss bringing Wauger back to earth. 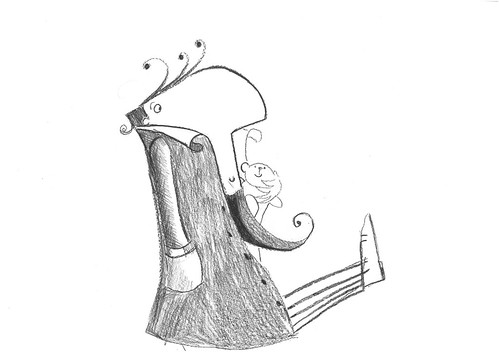 Sparks started to fly from his machine.

While he was distracted he’d made a mistake and when Wauger tried to fix it, he only made it worse.

Time, space and matter started to flash before his eyes...