Waverly and the Nightmare Chamber 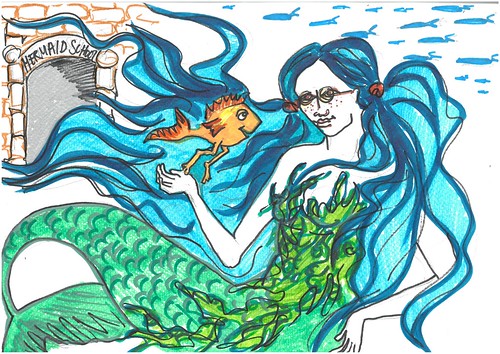 Once upon a time there was a mermaid called Waverly, who was a bit nerdy. She lived in the ocean with her best friend James the Little Fish with Legs.

Waverly was the smartest mermaid in her class but no one liked her except James.

“Let’s not go in there,” said Waverly. “There might be sharks!”

(Waverly was petrified of sharks!)

Just then James saw a whale! The pair swam into the shipwreck to hide.

“I think that’s a shark over there!” said Waverly nervously.

Waverly was hesitant but James suggested there might be treasure in the shipwreck. The two of them were just about to look for the treasure when they heard Waverly’s mother calling. 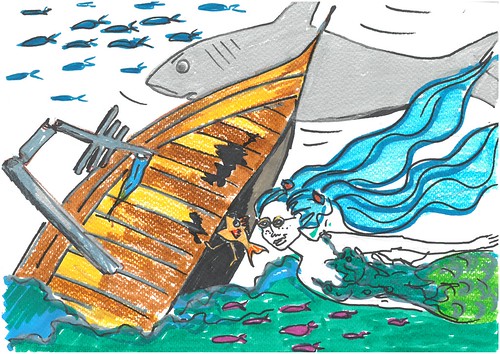 “WAVERLY! Your grandmother’s here. It’s time to come in.”

James decided to stay in the shipwreck to look for the treasure. Waverly sadly swam home.

After Waverly left, James found a chest but instead of treasure he found a blue blob named Bob.

Waverly went to speak to her grandmother. “Today is the first day of school. Don’t go into the room behind the lockers on the first floor!” she warned. “It contains every worst nightmare of every student.”

Waverly thought it wasn’t true. She decided that she was going into the room once she got to school.

Waverly’s school was only for mermaids, so she knew she wouldn’t see James there. Waverly had decided already that this year she was going to make mermaid friends…