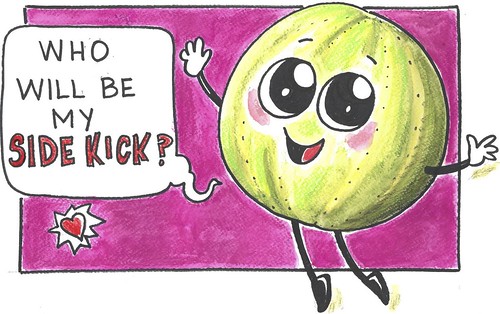 Once upon a time, Wello the watermelon was walking down the street.

Wello ran away because he was a stranger and looked like a human. Wello ran to his friend Potato Man in the park.

Potato Man said to Wello, “Are you okay?”

Wello replied, “There is a man and a dog attacking the village!”

They were both afraid that the dog would eat both of them.

Suddenly the dog came into the park and started barking at them and they ran away fast.

Wello closed his eyes when he was running away and wished that he had a sidekick. 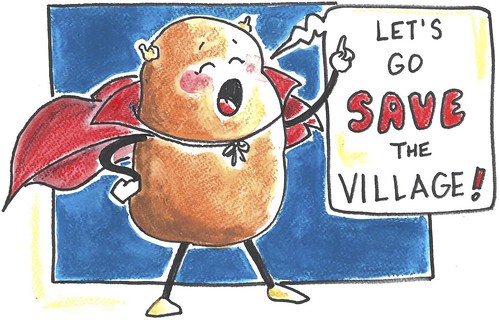 When he opened his eyes, Potato Man was wearing a cape and he said, “Let’s go and save the village!”

Wello said, “Just let me get my cape on.”

Their capes got ripped off by the dog, so they ran into the woods where they might find some armour back at the base.

Their base was Smyths Toys so they got Nerf guns with foam bullets.

They went out and faced the man and dog …