The wild mission of Bob 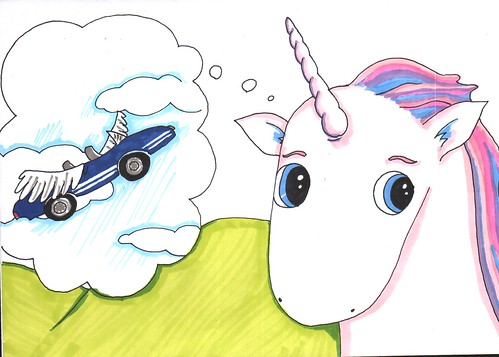 Once upon a time there was a unicorn called Bob and his best friend was called Jeff The Pig.

They lived in a world not far away called Uni-Rainbow.

There was an evil Queen called Eibhlinn who ruled Uni-Rainbow and many other countries.

Bob wanted to get the convertible, flying jaguar, but Eibhlinn had it locked in her castle.

He stole the Jaguar regularly, but Eibhlinn also had an army called The Red Devils who always got the Jaguar back.

One day Jacob Sartorious succeeded in stealing the Jaguar, and took it to a world nearby. 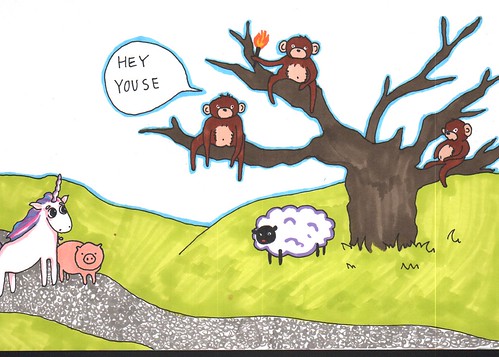 That world was full of apes that could talk and light fires.

That same day Bob and Jeff The Pig went to school, but nobody was there.

Then they realised it was Saturday, so they started a mission to get the Flying Convertible Jaguar.

“Let’s get our tricycles and cycle to the castle,” said Bob.

On their way to the castle they encountered a sheep that could talk. 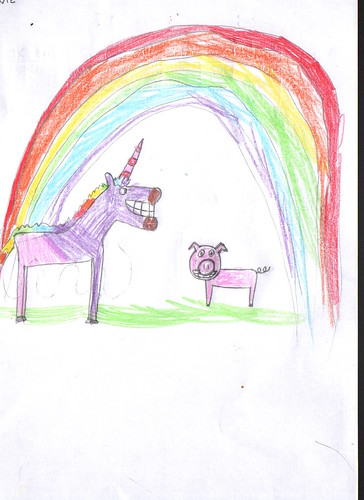 “My name is Purple Chep the Sheep,” he said.

Then Bob and Jeff walked into the castle and Ebhlinn told them, “If you don’t find my Jaguar, then I’ll throw you into the dungeons!”…