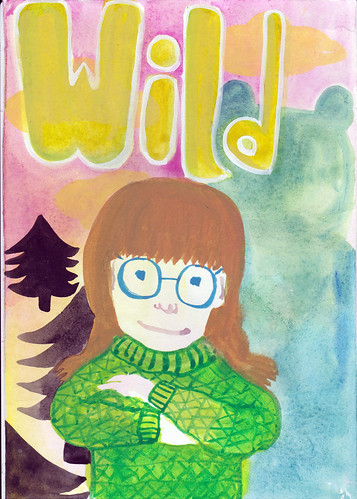 At night, Olivia was sleepwalking and then she found herself in the forest. She felt something on her back.

She looked and there was no one there. She was on the news because she was lost and her parents were worried.

She was scared, then Olivia was more scared. “Why do you ask?” because there was a……bear.

Olivia was the only one who could see it.

Bear was confused because he could not see any yellow stuff (only some people could see it). 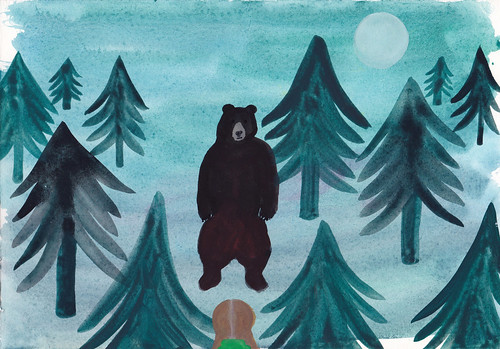 So in Yellowland there are: trees, ponds, other animals, broken stuff (like footballs) and metal things.

But then she fell into one of the ponds and there were magic doors underneath the water.

She went through one of the doors and discovered she could breathe underwater, she kept swimming.

She went to the end of the place with the magic door and she saw a bright golden object.

She swam towards it, forgetting all about bear. 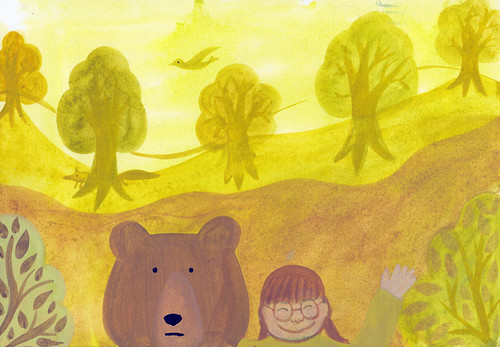 She saw a hand, she didn’t know what to do.

She felt uncomfortable and weird.

This is the end.