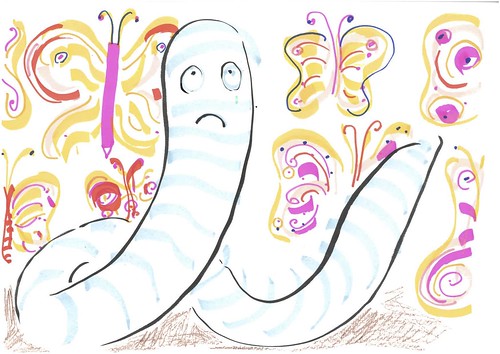 William the Worm was sadly burying himself in the mud.

His best friend Bridget the Bumblebee could hear him crying.

Bridget flew down to see what was wrong.

“They’re going to turn into lovely butterflies and I’m going to stay an ugly worm.”

“It’s just that you’re a worm, not a caterpillar.” 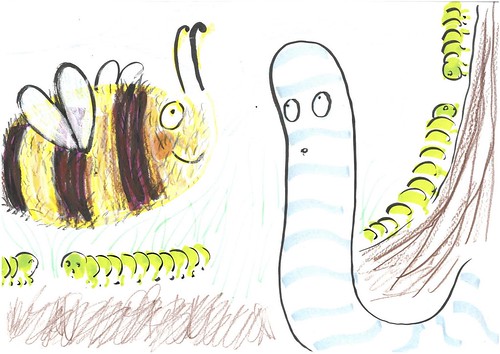 Bridget thought for a minute.  “But wait - there might be a way!

We could ask D.I.Y Dungbeetle to make you some wings.

But that would be crazy, of course,” she said.

“That would be a great idea!” William said, wiggling around in the dirt.

William and Bridget decided to drive in their leaf car -since William couldn’t fly - to D.I.Y Dungbeetle.

When they got there, nobody was around.

The caterpillars had overheard the conversation and had kidnapped D.I.Y Dungbeetle so William would not get his wish. 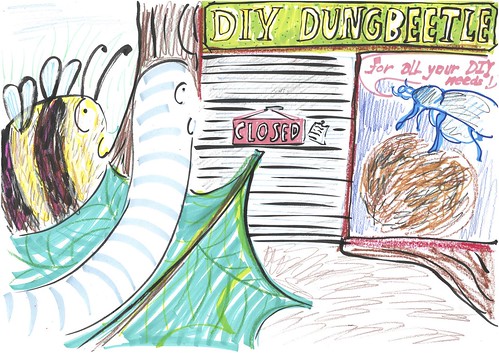 Just then, Bridget spotted a ransom note and it said...