Wing the Chicken Nugget and Freddy the French Fry 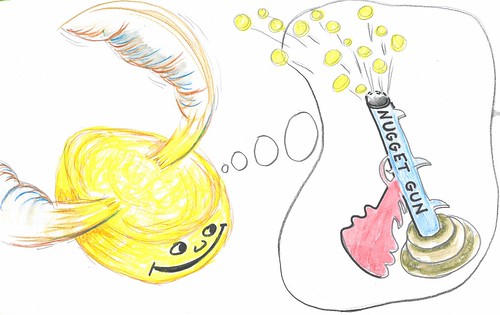 Once upon a time there was a flying Chicken Nugget called Skinny.

He was flying down the street when he saw a human.

He rushed onto a roof of a McDonalds because he was scared.

That was where he found his friend, Freddy the French Fry.

Freddy had the chicken nugget gun and Skinny took it off him to shoot the human who was trying to kill him.

But then a chicken called Wing came from underground using a digger and took the gun from Skinny. 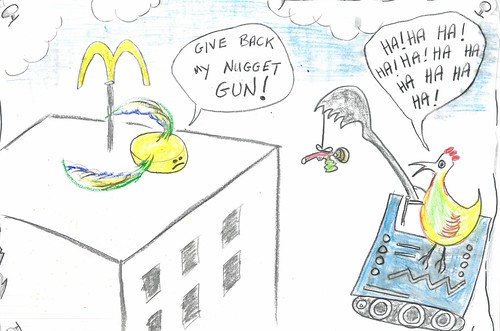 “I don’t like humans”, Skinny said, “give that gun back, I’ll do anything, I need it to shoot the human”.

Wing jumped off the roof and went back underground to his lair.

Wing disappeared down the hole and put the gun into a container surrounded by piranas!

Meanwhile, “Where is that Chicken Nugget?” shouted the human, “I need to eat him”…