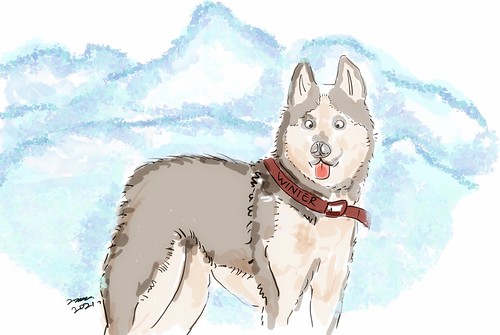 Winter the husky was born in the snowy tundra in the Arctic. After two moons, Winter’s mother died in a fire.

Winter and his best friend, Kitusme the snow fox, went on a journey to find his father.

While they were searching, Winter and Kitsume found themselves on an iceberg that floated away from the tundra.

Winter felt sad and afraid. “Where are we going?” he cried. “And how do we get back?”

Kitsume opened his mouth to speak, but before he could reply the iceberg capsized.

Winter couldn’t swim. “Somebody help me!” A seal came along and pulled Winter to shore. He was gasping for breath and his coat was wet.

“I really should know how to swim,” he said. Winter felt useless again. It wasn’t the first time that he felt useless. 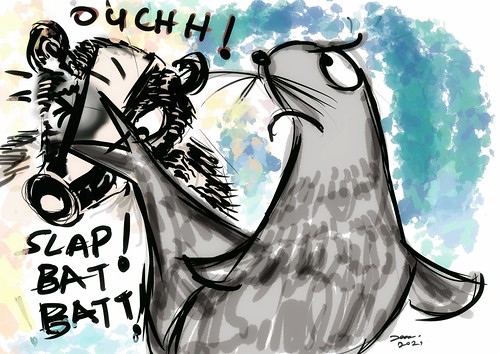 He couldn’t see Kitsume. A yowl pierced the air and Winter turned to find Kitsume fighting a badger.

The seal knew that the badger was a predator and that he might be next. He batted the badger away with his strong tail.

The seal knew that the badger would come after him.

“Adios amigos!” the seal called as he swam away.

The badger spun around to face Kitsume and Winter. The badger ran towards Kitsume, planning to sink its jaws into his snowy pelt.

Winter stood there trembling, trying to think of a plan to save his friend...