The Wish for Dog Food 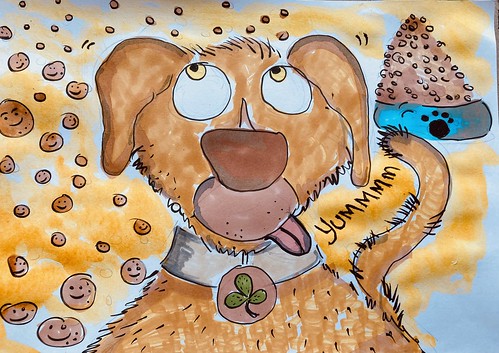 Once upon a time there was a dog called Lucky.

He was the luckiest dog in the land. Everything he asked for came true. He lived at the beach.

But there was one thing that didn’t come true: his wish for a mountain of dog food. He went back to his owner, Peter the Scientist.

Peter said to the dog, “Do you want food?”

Then Lucky the Dog said, “Yes, because one of my wishes for dog food didn’t come true.”

Lucky’s favourite thing was his teddy called Ted who stayed on the bed. 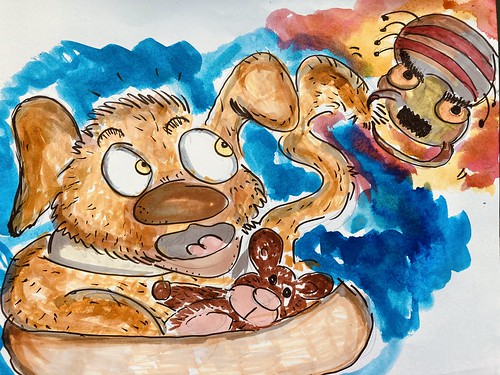 He went to the back yard and he found a beetle and it bit him. It was a fire beetle.

On Halloween night, he saw his house on fire and his owner was running out.

After the scientist came out, another person followed him covered in black...