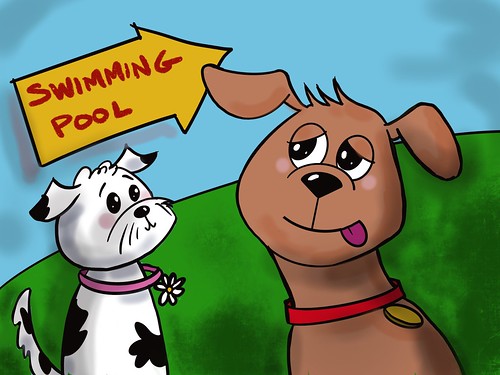 Once upon a time there was a dog named Woof and he met his friend named Daisy.

And there was another friend dog named Lucy. They ran away to the museum of gold.

After they finished going to the museum of gold, they went back home and they played all day.

Then the pet catchers tried to catch them.

After they tried to catch them, they couldn’t because the dogs ran away. 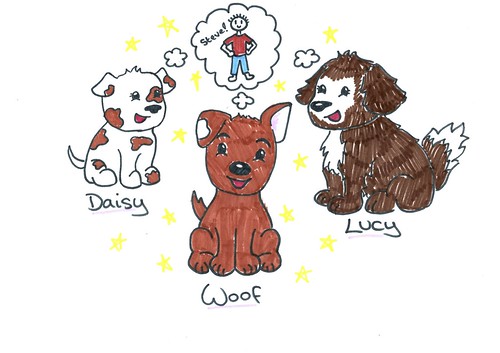 After they went home, they went swimming and they saw fish.

But then Woof the Dog got scared of water and didn’t want to go in the water again.

They went outside playing and it started raining and when they came back, there was a huge puddle in front of the house.

Then it was all fine again. 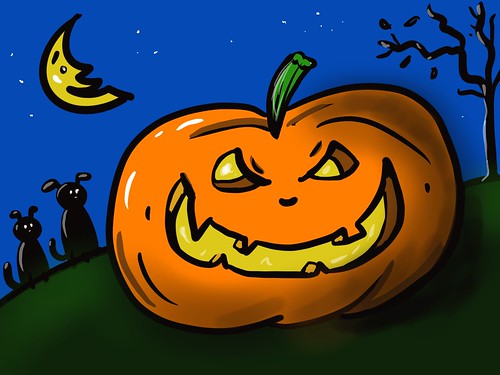 When it was night time, they went to bed and Steve the Owner said “Good night.”

Then they went trick or treating. They got lots of treats and they found a pumpkin and other things...