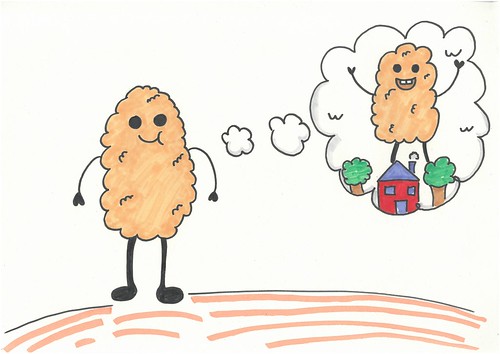 Once upon a time there was a chicken nugget called Jim who worked in McDonald’s.

Jim was the best cook in McDonald’s. Every day he handed out My Little Pony toys in a Happy Meal.

Jim only put chicken nuggets and not chips in the Happy Meals because he’s afraid of chips.

One day, Jim was handing out ketchup in McDonald’s and he met his best friend, Mr Ketchup the Bowl of Ketchup. 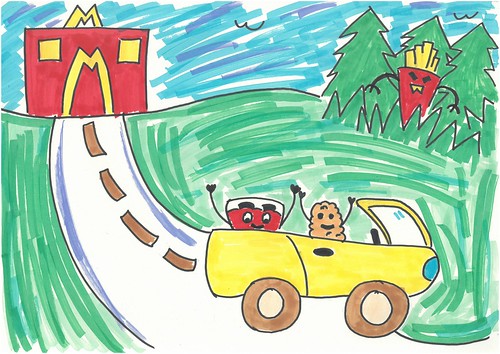 After work, Jim the Chicken Nugget and Mr Ketchup drove their Lamborghini to the forest.

When they got out of the Lamborghini and walked into the forest, they saw an army of chips.

The chip were planning to take over McDonald’s!

When Jim tried to run away, he fell over a rock – it was a meteor. After that, Jim had superpowers.

When he got his superpowers, Jim ran back to McDonald’s and he made loads of chicken nuggets to fight the army of chips...