Skip to main content
Home Stories Wrong is not Right

Wrong is not Right 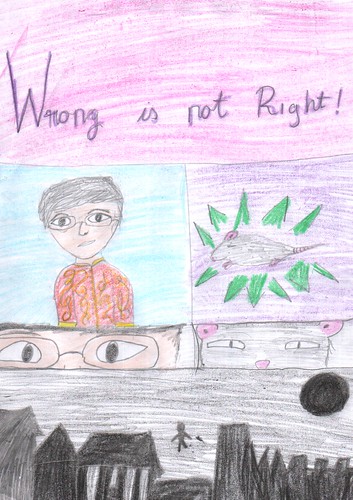 Our Lady of the Wayside, Kilternan, County Wiclow, 31 January 2017 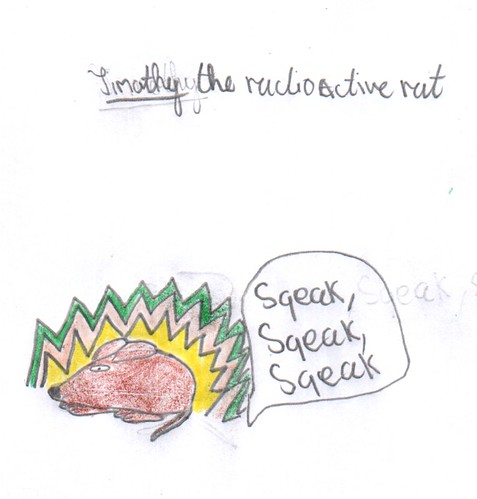 It was a glum and wet day in the centre of China, and a bully had just chased Da-kumi.

Since it was so dark, Da-kumi asked his friend, Jimothy the Rat who had radioactive powers, to glow.

Jimothy had low batteries, though, so couldn’t glow.

“No I don’t like them. Jimothy why won’t you glow?

I put you in your radioactive pit this morning” Da-Kumi answered.

“I don’t want to glow for someone who throws me in radioactive pits while I’m unconscious each morning and also my batteries are not charged” squeaked Jimothy.

Then, the bully appeared and shouted “Come here nerd!”

As Da kumi sprinted to his lair he shouted: “I want to destroy everyone and I want to be a super villain” 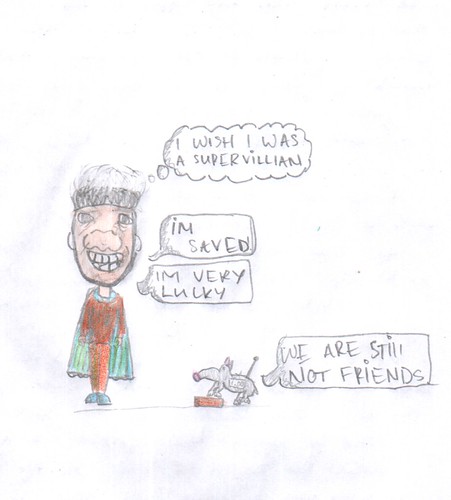 He ran into his bedroom and slammed the door.

Then Jimothy appeared from behind the door, pushed him into the radioactive pit.

“This is payback,” he shouted….