Skip to main content
Home Stories You are Bacon!! 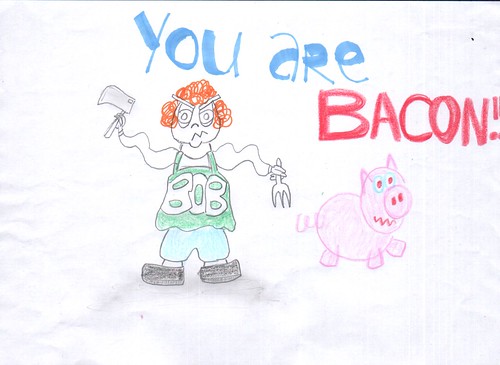 There once was a pig called Gizmo, whose greatest wish was some pink underwear.

He was on his way to the shop when he passed the butcher’s.

Bob the Butcher came out with a knife.

Gizmo yelled “Spud – come save me!” 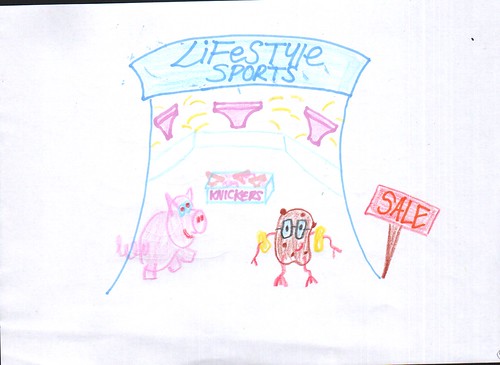 He brought his knife down on the pre-cooked turkey that was on the board in front of him.

Gizmo and Spud quickly escaped and made their way to Dundrum Shopping Centre.

Gizmo looked around and there was no sign of Bob. Spud and Gizmo ran into Lifestyle Sports.

“Yay! Finally …I can get my pink underwear. Doh! Wait a minute – where’s my Turkey-Bank?” said Gizmo. 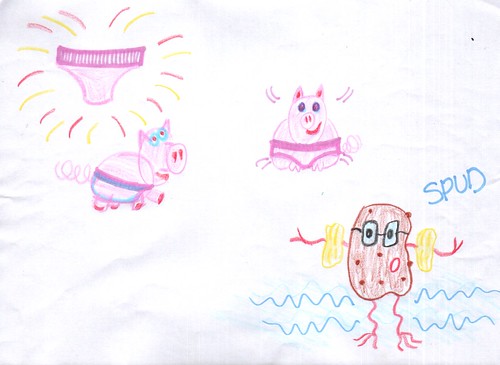 “Don’t you remember? Bob the Butcher chopped it up earlier,” said Spud.

Because Gizmo didn’t have his Turkey-Bank he grabbed the pink underwear and ran. But then, he got caught by the security guard.

“You’re BACON now Gizmo!” laughed the security guard as he dragged Gizmo towards Bob the Butcher…