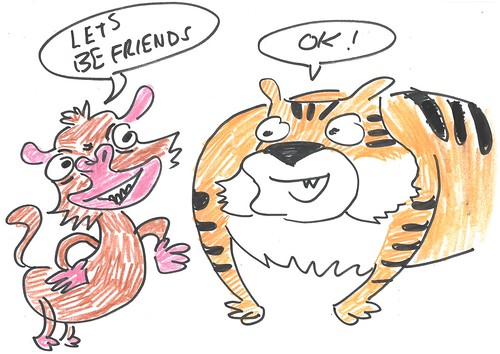 Once upon a time there lived a strong tiger called Zac. The world was in danger.

The danger was that there was going to be a tornado, a typhoon, fire falling from the sky and the whole world exploding.

Zac said, “I want to be the king and stop the danger.”

In order to become king, he needed to get rid of the king by fighting evil dogs. 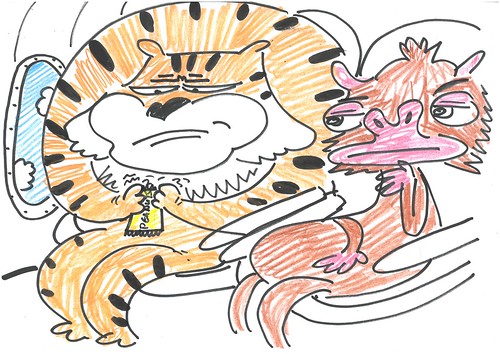 The evil dogs were killing some lions.

Zac said to Crazy the monkey, “Can you help me stop the evil dogs?”

Crazy the monkey said, “Let’s be friends. We don’t want to fight.

I can bring some monkeys to fight the evil dogs.”

The evil dogs were in Antarctica. Zac and Crazy lived in Dublin Zoo. They went to Antarctica by plane. 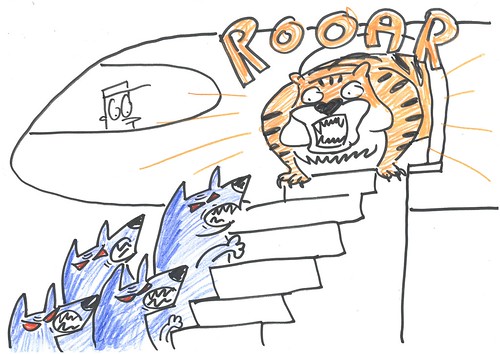 Animal Airlines was the name of the airline, and they went on Flight 254.